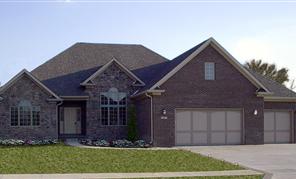 Jeff Benningtion was born and raised in Phoenix, Arizona. His parents were originally from Indiana and in 1989 they moved back to Indiana. Jeff attending Avon High School his senior year. He then studied Business Management from Indiana Business College where he got his real understanding and foundation in business.

"The one person who has influenced my life the most is my father," Jeff declares. " He is a hands-on guy and I grew up watching him work with his hands. He was always interested in showing me how to do things and explaining how things worked. Before he stared building homes full time, my dad had an electrical contracting business. Dad was always busy. He took my older brother and me to to the job sites at an early age. At age 10, I knew how to wire a house."

Jeff started building homes on his own in 1992 and formed his corporation in 1996. From the start Jeff's goal has been to build custom homes of the highest quality possible. he has continued to study architecture and enjoys learning about new building technologies, building materials, products and processes.

In 2010 Jeff turned his eye to the commercial market, in addition, to building custom homes.